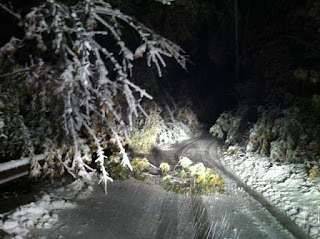 Within the last 11 hours, the Northeastern United States has been hit by a storm that plummeted snow, froze roads, tore down trees and power lines and created brownouts and blackouts in at least six states.

This is just the beginning of a Season that will be filled with sudden frozen, heavy wet snows and floods.

Uranus is in retrograde heading back to the Aries Point, and the fixed star Scheat, the star of floods and drowning. So as the Moon travels into hard activation of Uranus we will see some terrible storms. Here are dates to watch. Please note that during all these dates Jupiter continues getting closer to an exact stressful semi-sextile position to Uranus. The more exact this aspect becomes, the bigger the event, which will occur when triggering Moon sets it off.

The most auspicious days are December 11th and 24th.

December 11th comes under a Lunar Eclipse, with Uranus stationing Direct right on the Aries Point, right on Scheat, while Mercury is also slowing down to station direct. This can be a very challenging combination. I would not recommend traveling or especially flying during this period, though many people will be headed home for the holidays. There will likely be lots of delays, bad weather alerts, re-routing of planes and accidents. I do not see it being a smooth ride overall, though I am sure many people will get to their destinations, if you can go earlier and come back later, that would be a much better choice.

On December 24th, Jupiter will station at zero degrees Taurus creating a trine to the Moon while the Moon is conjunct the Sun, applying a conjunction to Pluto, and square Uranus. This indicates a very sudden, big, noticeable, transformative, explosive, wet, flooding, icy, cold event. It may occur anytime from late Christmas Eve right through mid-morning of Christmas Day. There are many, many factors here, but one nice thing I can add is that Jupiter stationing at Zero degrees of Taurus does active a beautiful fixed star that may signify some blessing to come from this event, despite how terrible it may appear.

Also if you are planning on going to the Tokyo area during this period, I would avoid it. Both the December 18th and the Christmas Eve Chart for Tokyo look terrible and once more there may be a tsunami. No doubt there will be lots of water.

December 24 - 25th, 2011 may also hit Denver directly, so if you are traveling there or live there, be prepared.

It is so important for folks who take medicine or need electricity for medical equipment to be prepared for any blackout that may happen. A few hours for some people can be tragic, and it is for this reason I have made sure to jot this blog with dates and times despite my heavy schedule right now.

I also wanted to get these dates posted quickly in case you are making travel plans. I always recommend you get tickets purchased before a retrograde period to assure you get what you want, and avoid errors.

Mercury will station retrograde 11:21 pm PT on November 23rd, and then go direct on December 13 at 5:43 pm PT, so if you are planning on buying Christmas presents, you may want to wait till after the 13th to make sure you don't miss something about the gift. During a Mercury Retrograde, we frequently miss the fine details and will get the wrong model, or get something that needs to be repaired. Better to make purchases outside of this period if possible.
Posted by Michele Avanti at 6:05 PM 4 comments: