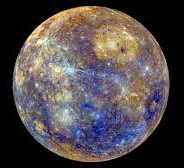 Mercury stationed retrograde last Thursday, Feb 6th, at 3 Pisces. This may have caused some issues or return contacts for anyone who has a planet or luminary between 0 and 4 degrees of Pisces, Gemini, Virgo or Sagittarius; as well as anyone with planets or luminaries between 28 - 29 degrees of the fixed signs of Aquarius, Taurus, Leo or Scorpio. Mercury will activate fixed signs going back to 18 degrees, when it finally stations on Direct again on February 28th.

So what can you expect?

That will depend on the placement in your chart of the planets or luminaries that are activated. It can bring back old loves, or can give you the courage to walk away again. Could bring you old money, or old money issues. Could also give you an opportunity to return to an old job or to an old dream you had forgotten.

Mercury brings old things out of the closet and puts them back in front of you during this time.

Most people only think of Mercury Retrograde as causing communication problems or breakdowns of communication or travel equipment. Well these things are true but even in these matters, it is bringing you back to something you did before and may have ignored. You know, that sound your car was making that you just overlooked, or your refrigerator or washing machine, computer or cell phone.

Mercury requires you to take another look at things you put aside or left behind, or just plain refused to question or think about.

When it goes retrograde and activates something in your chart, that issue, activity, idea, or person suddenly reappears in your life and it is time to work it out, take action to dive in or let go.

Here is a letter I recently received from a client asking me about Mercury Retrograde:

Is it alright to talk to a former boss about transferring back to his Department during a Mercury retrograde.  I resigned from his Department several years ago and it was during a Mercury retrograde.I had planned to talk to him next week.  But now I'm reconsidering due to Mercury.  The only reason I would go ahead with it is because I left there when Mercury was retrograde. However, on my first day of employment, Mercury was direct.

Here is my response:

It is not only all right, but the perfect time. When we resign or even if we are fired under a mercury retrograde, it indicates that the connection and job are not over. You will come back to it, reconsider it and most likely work together again.

The key is to be very clear in all your statements and especially if you are signing any agreements. Make certain to get a job description in writing and do not assume anything about anything in writing. What it says is what it means.

So if it includes something that was part of a job description in the past but that you never did do for whatever reason, do not assume it will be the same as before.

Get everything you want in writing now. Pay scale, raise incentives, annual increases, etc. because you can fall back on this contract. Verbal agreements will not be solid because the Mercury issues cause people not to remember what was said.

These are the keys to remember if you are taking on something new or renewing anything during Mercury Retrograde, GET IT IN WRITING AND MAKE SURE YOU GET IT DOWN THE WAY YOU WANT IT!

When we first moved into this house, I knew I wanted to change the counters in our kitchen, so I began to research the costs and hoped to get a good deal at some point. A few years pasted and I was at a Home Depot waiting in line during a Mercury Retrograde. I noticed that the counter-tops I wanted were on sale. I wondered if the price actually included the cost of removing the old counters because if it did, it would be a really excellent buy. I asked the woman in that department and she automatically said, "Yes." I knew it was Mercury Retrograde and I said, "Can you write that on my contract?" She said, "Yes." So I made the purchase.

A week later when the man arrived to do the counters, I said to him, "You going to remove the old counters, aren't you?" He slowly turned around and said to me, "Yes, for you I am going to, but we never do that. It's an extra charge, but you have it in the contract."

This is an example of how knowing that Mercury is retrograde, can be used to your advantage.

Sign away if you have what you want in writing and you will get it. But if you are not paying attention (as the women selling the counters did - she did not check before agreeing to write what I wanted in) then you give yourself a challenge.

Mercury is the planet of communication and when you understand this, you will realize communication failures can cause terrible problems. Here is a short list for you to consider:

To make life run more smoothly pay attention to Mercury's three Retrograde periods each year, take time to note how they activate your personal chart and you will not only avoid problems, but you can find ways to make it benefit your life.

Michele Avanti has been teaching metaphysics since 1972. She is a metaphysical minister, an ISAR certified astrologer, an accredited Fixed Star Analyst, an EFT, emotional freedom technique professional and an energy mover. Michele mentors clients through individual consultations. For more information, visit: http://astrologyandmore.blogspot.com/p/consultations.html

Posted by Michele Avanti at 2:33 AM No comments: